Our town of Pickering has a castle at its northern end which is probably hidden and unseen by many visitors to the town, though signs do exist to guide the tourist. There is little parking by its walls so a walk up from the market place is required to gain access.

In the 16th century John Leland described the building in his own inimitable way thus:

“The Castelle Stondith in an End of the Town not far from the Paroch Chirch on the Brow of the Hille, under the which the Broke rennith. In the ﬁrst Court of it be a 4 Toures, of the which one is Caullid Rosamunde’s Toure. In the inner Court be also a 4 Toures, wherof the Kepe is one. The Castelle Waulles and the Toures be meatly welle. The Logginges yn the ynner Court that be of Timbre be in ruine, in this inner Court is a Chappelle and a cantuarie Prest. The Castelle hath of a good continuance with the Towne and Lordship longgid to the Lancaster Bloode: But who made the Castelle or who was the Owner of afore the Lancasters I could not lerne there. The Castelle Waulles now remaining seme to be of no very old Building. As I remembre I hard say that Richard the thirde lay sumtyme at this Castelle, and sumtyme at Scardeburgh Castelle.” 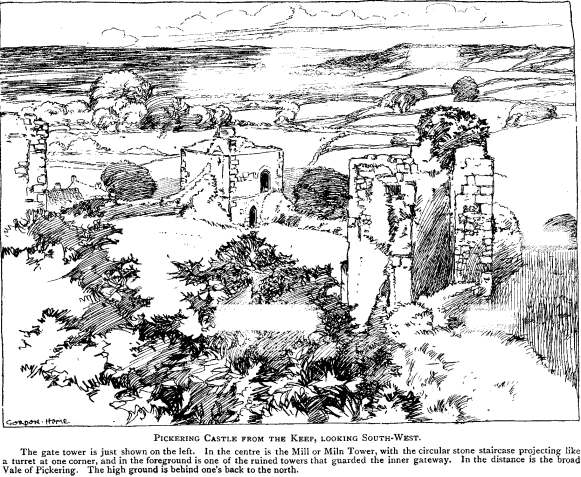 As to who made the castle it is now generally believed to be William the Conqueror who ordered its construction during, or just after, the Harrying of the North, around 1069. The castle is now looked after by English Heritage and they list it as 13th century, referring to the ‘shell keep’ castle, Historic England list it as an 11th century motte and bailey castle too. 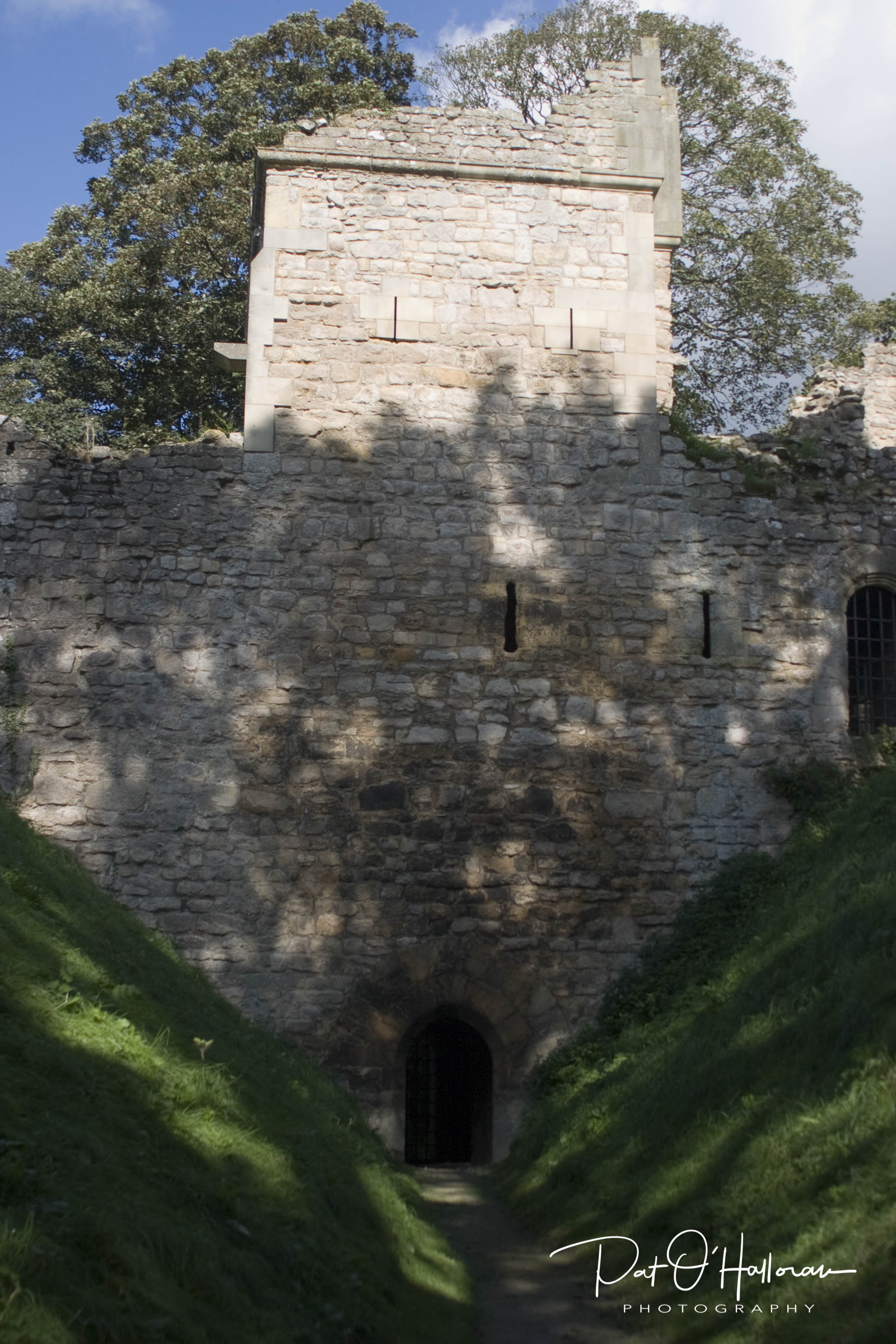 The castle was added to, rebuilt, remodeled, ignored and looted up until the 17th century, it wasn’t used by either side during the Civil War. Cromwell’s government sold it privately but it returned to the crown in the late 17th century and remained there until 1926.

It’s now a tourist attraction and worth a visit. It is not the best ruined castle in the county but it is peaceful and an interesting few hours can be spent wandering its walls. 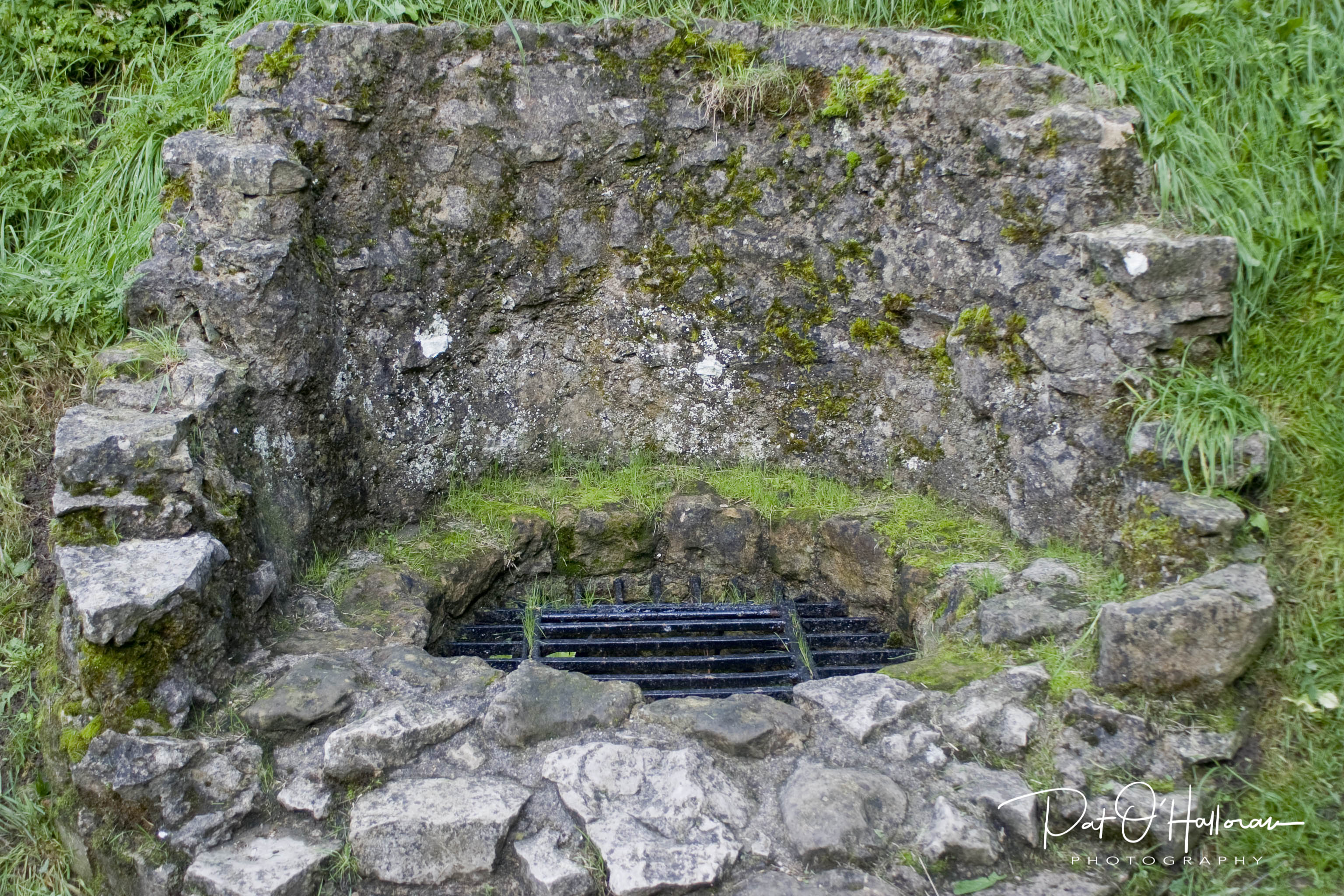 Nikolaus Pevsner (1902-1983). I discovered Mr Pevsner quite late in life and I wish I had got to know him earlier. Who is he? He was a German born architectural scholar, probably best know for his county guides of England. Each guide covers a county, or part thereof, and lists all the building of interest in each town and village. There were 46 volumes in his Buildings of England series and I am the proud owner of several of them. Although dated the information they contain is still relevant (as long as the building he describes still exists).

I find his writing to be interesting and amusing, he doesn’t pull his punches if he doesn’t like something. Take my town of Pickering, North Yorkshire: he describes the primitive methodist chapel as “In a terrible Italianate style”1. Whether you agree with him or not depends on your views on architecture. The offending building is shown below for your perusal. 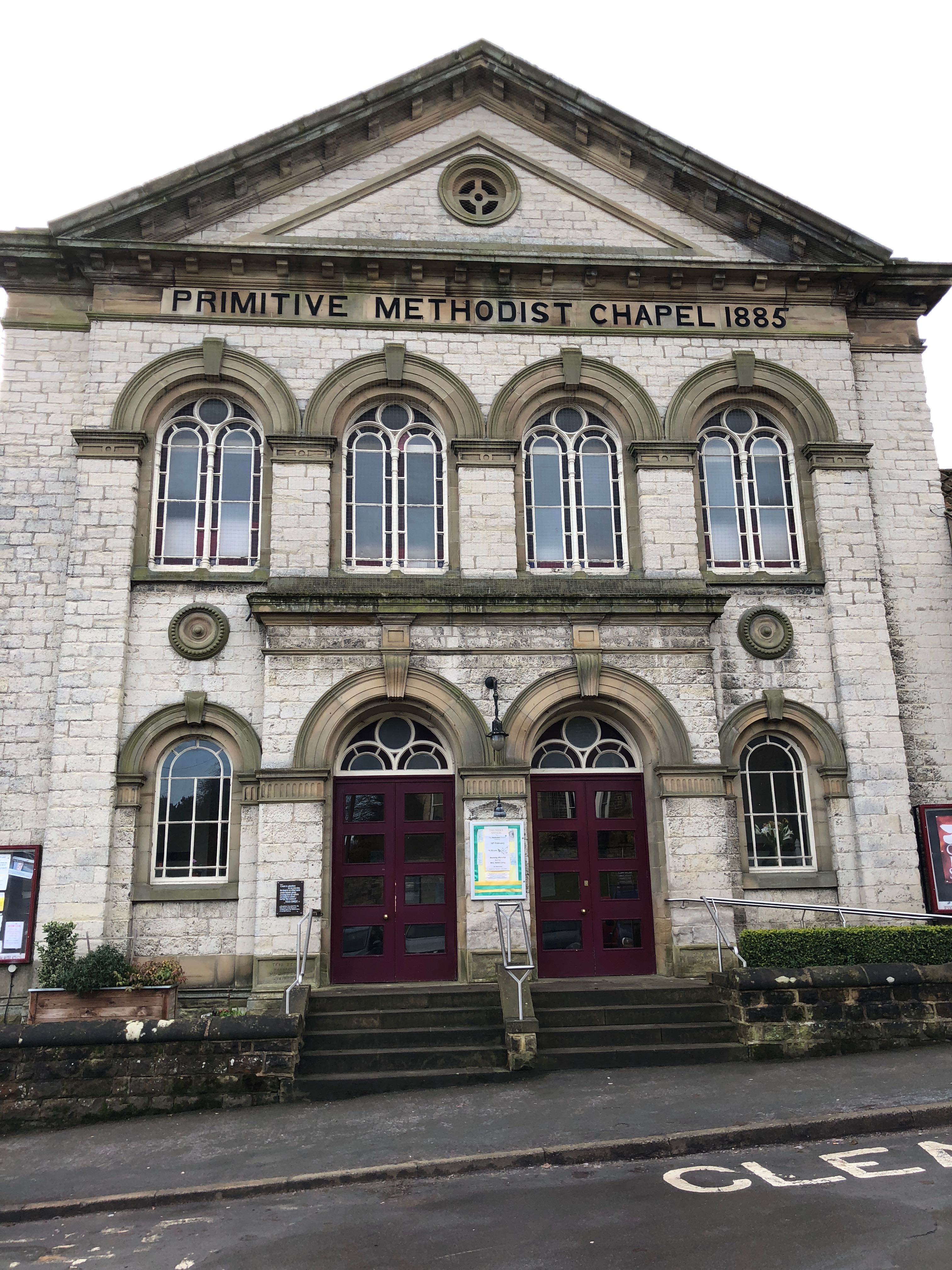 Regardless of Mr Pevsner’s views the books are useful for the buildings they list, the descriptions are accurate and his views can easily be ignored if you wish. His entry for Pickering spans over four pages, he describes in detail the church with its fifteenth century wall paintings and then the castle is dealt with in some detail. Several other buildings within the town are given short but detailed entries. However, he ends the section on Pickering with, “Pickering town is not architecturally rewarding.” I have to disagree with him, as I often do, but his books do give much more detail than would normally be found in local guide books for visitors and as such will remain on my bookshelves as reference tools.

I’m sure most of you have heard of listed buildings, those structures that have been deemed interesting or important to our heritage and have therefore been offered some measure of protection. Did you know you can view the listed buildings on the web? Historic England maintain the list and web presence and it is free to access. You can search for a particular structure or area or use the map to zoom around and see which buildings are listed wherever you wish.

A lot of the listings are quite old and may be a little out of date. Most of those in my area were listed in 1975 and the information has been transferred from the old manual listing system into the current accessible database. What makes it more interesting is that you can add to it. Yes, you can request listing for a building but I mean here that you can add to an existing listing. They call it ‘Enrich the List’, by registering on their site you can add information or photographs to any of the currently listed structures.

Many of the shops and other buildings in my town centre are listed and I have started to add photographs to the list as part of a photographic project I set myself some time ago. 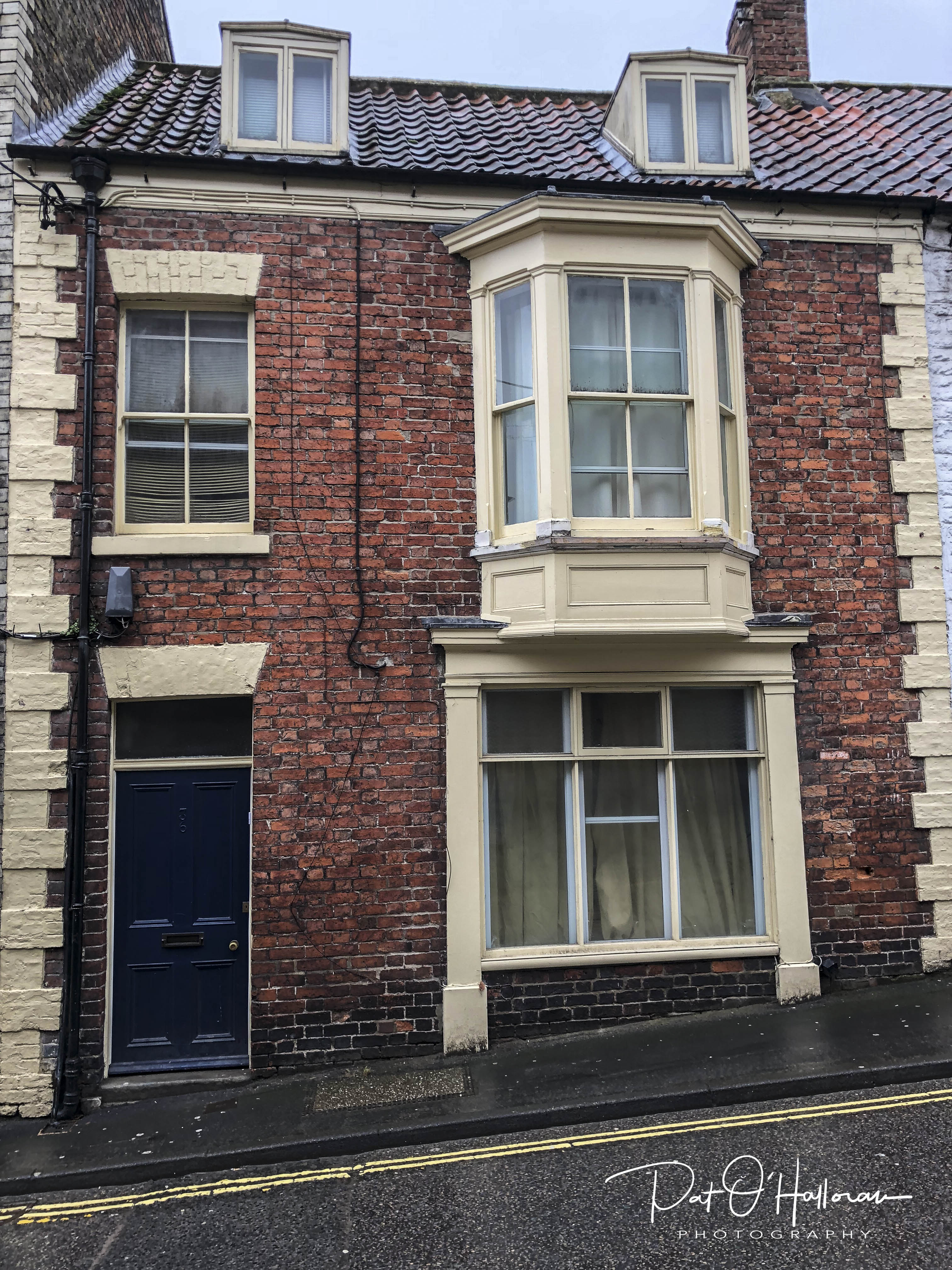 The listing gives a good description of each building and shows its location on a map. I find it interesting to read about the architectural features of each building, my knowledge is increasing with each new building I view. For example, in the image above the white blocks of bricks down the edge of the building are referred to as ‘brick rusticated quoins’. The vertical posts either side of the ground floor window are ‘pilasters’, this used to be a shop window. The bay window is referred to as ‘canted’ because the sides are at an angle. 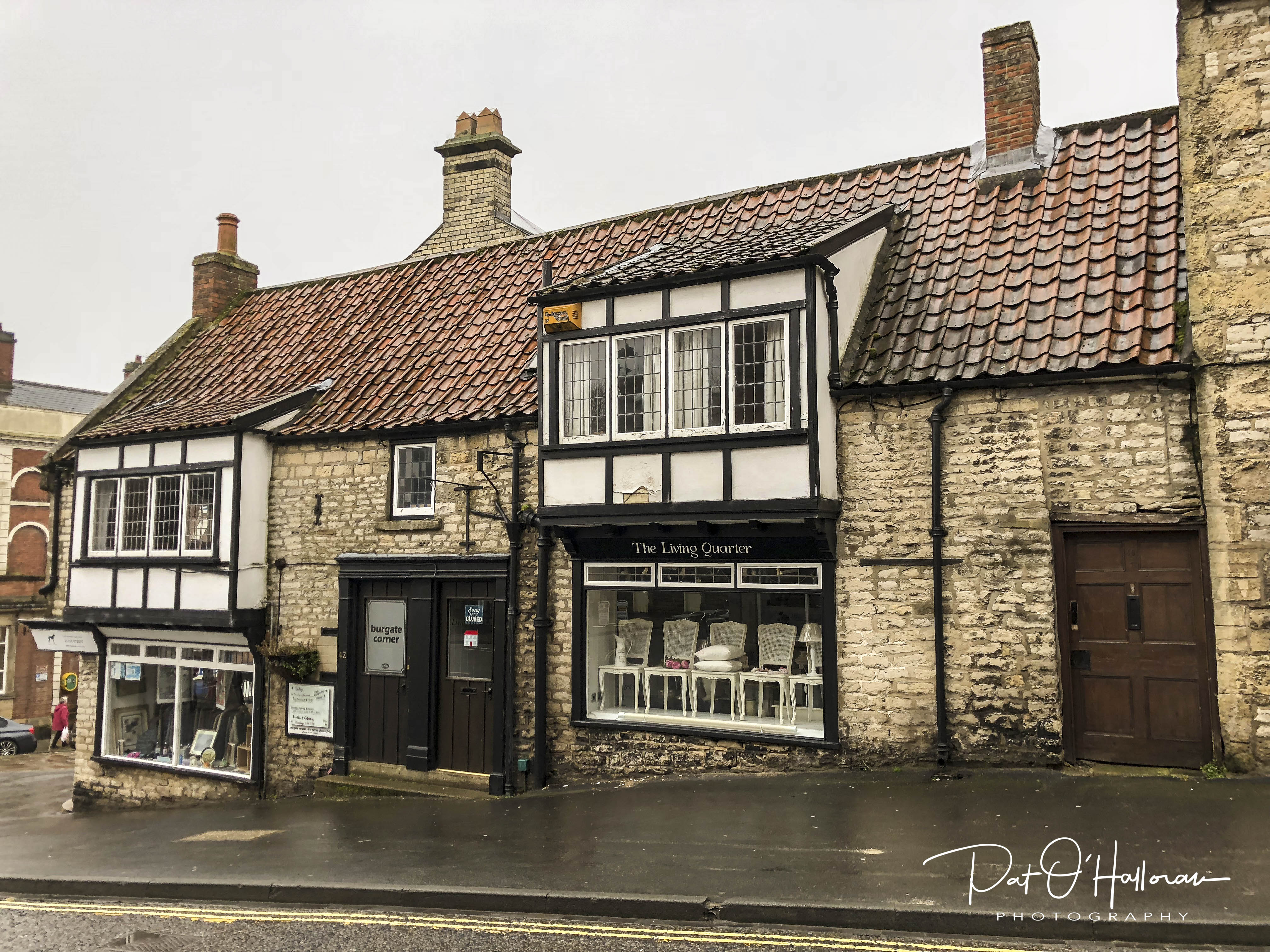 In this photograph the upper left bay is called a ‘rectangular modern oriel semi-dormer of 4 lights’.

I find it all fascinating and look forward to adding more to the list in the coming months. Take a look at the web site yourself and see what you might discover about the area where you live. Who knows, you too may feel the urge to Enrich the List.